I was playing Chess with Friends (which Zynga really should make available to non-iOS devices) recently, as I am wont to do, because it’s the best interface for those of us who just want to play some quick games of chess. I was playing the White pieces. Here’s the board right after Black’s 23rd move: 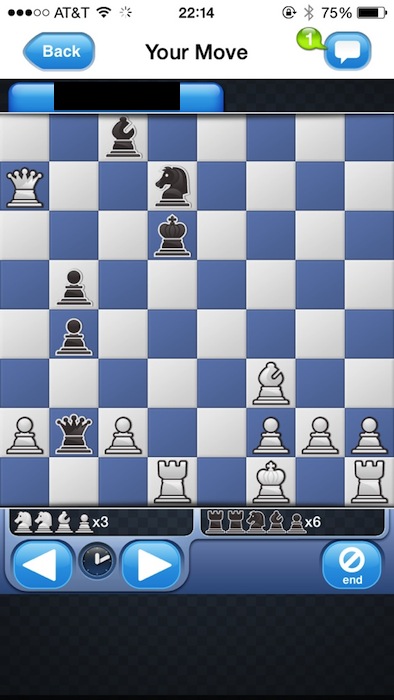 See the problem? If not, feel free to ask.

Naturally, I decided to see how far this could go. I captured the Black king… 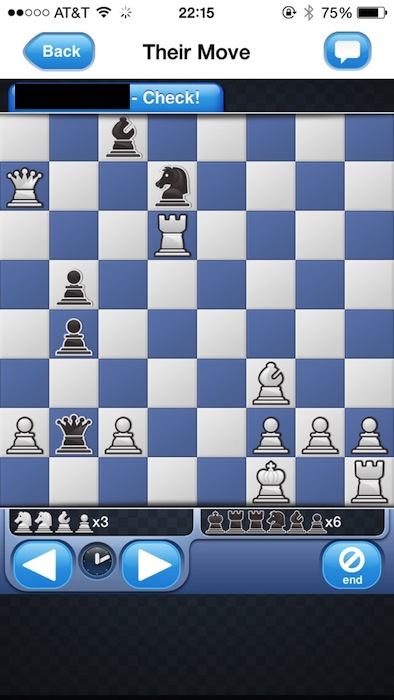 …and that still didn’t end the game. I hoped my opponent would be willing to have some fun with the situation and keep playing, but Black resigned. Oh well. There may never be a next time.